Differences in languages and cultures are often considered barriers to communication but the language of poetry is read all over the world and cultures have their own poets and poetry. Our young people take pride in speaking and learning languages and this competition is unique as it allows pupils to use their bilingualism and creativity.

I have been thrilled to read the inspirational poems written by our students and pleased to attend the National Celebration Event at Manchester Metropolitan University. I think it is important for young pupils to learn new languages and to be proud of the languages they know from home.
Mr Ali, Urdu Teacher

We would like to say thank you to the Routes into Languages North West and Manchester Metropolitan University for promoting the cultural heritage, identity and languages through this powerful medium of creative poetry competition.

Mr Allen, Head of Languages extended his gratitude to Mr Ali for his continued participation in the competition. 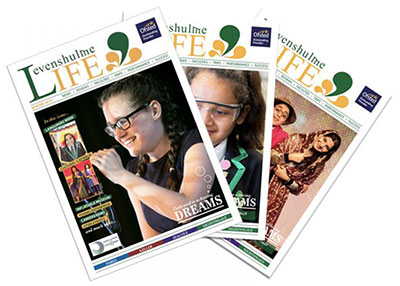 We strive for excellence and are very proud of our achievements and affiliations.

If you believe something is missing or should be removed from the list below, please let us know.